Courage isn’t all it’s cracked up to be.  Courage should feel more honorable and less wrung out.  I found myself needing to be courageous, being courageous and then being so tired from it.  It is like being in a fist fight I think.  Adrenalin was searing through my body, I had strength to make it through and then came exhaustion.  At the end I could say “yes, I was brave”.  I could also say” I won this battle, but what of the 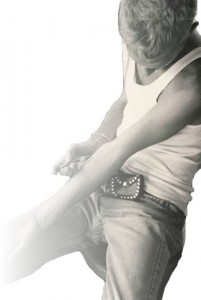 war”?  The war is a war on heroin addiction and to the victor goes my nephew.  He is 25, handsome in a ghetto, gangster kind of way and I love him.  I knew he would be born on February 29th from the time I knew my sister was pregnant.  He was due the middle of March, and I insisted for months that he would be my Leap Year baby.  And so when the phone call came to come to the hospital on February 28th at 11pm I knew I had been right.  And so the first Leap Year baby born in Richmond, Virginia in 1984 was “my Leap Year baby”.  He says his addiction began back when he was 17 and it was fun and he was trying so hard to be cool.  He is not having fun anymore.  He is wasting away, he is afraid he is HIV positive and he is looked upon with contempt and distain.  The family had one of those interventions this week that looked much more controlled on reality TV than in real life.  I was the one in the family doing the most “talking”, voted in because I’m the loudest.  The next day we talked a lot, well he talked a lot and I listened.  And at some point after all the questions and answers he looked me square in the face and said “Aunt Mary, this is just damn ridiculous, ain’t it”?  I couldn’t agree more.